A. Chavalai ( near Dushanbe) Tailoring skills

The usefulness of learning additional skills

In 2015 SAI continued with the tailoring skills which were taught before. In addition we trained more students in special skills. Learning more skills in addition to the Kurtadozi ( traditional clothes) enables them to sew different styles of clothes. This has been very helpful for those students who  qualified for Small Business Funding  (SBF) from SAI, in terms of becoming able to earn more income. Those who took these advanced tailoring courses are now able to make seasonal wear, as well as school uniforms for the summer and winter jackets for women.

Example: An Order From A Local School 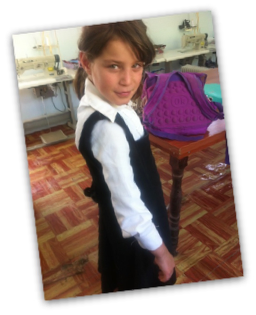 For almost 3 months in summer time, 11 graduated tailoring trainees were working together, to make 235 sets of school uniforms. 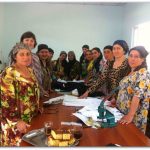 With Mrs.Youngkyung’s initial business advices on the management of the order from a local school, they took each step by themselves to meet the goal. They organised a Union, naming it ‘Зуҳал’ (‘Saturn’), met with the school principal, discussed together how they would divide the work, elected a bookkeeper, and so on.

This was the first big order, and it was a good experience for them. It definitely helped them a lot in becoming more efficient and profitable in their future businesses.

Those who bought the school uniforms from our trainees appreciated SAI’s presence in the area. Each year, buying a new school uniform for each child is burdensome financially for most of the families. In comparison with uniform that are being sold in the markets, these school uniforms were of a better quality much and cheaper. In that way it was a great help for the families to save the money. 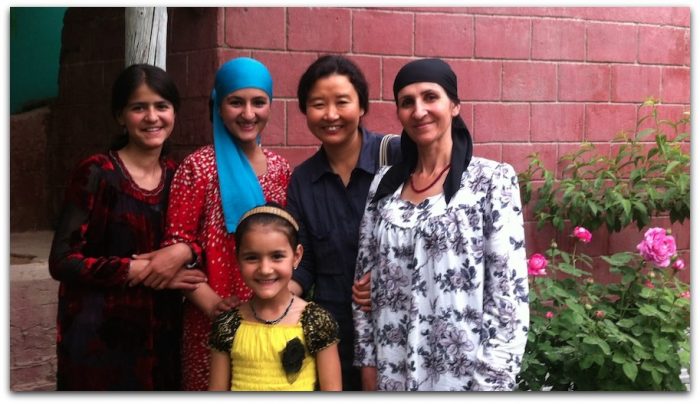 During 2015 the good reputation of our free sewing course went out to different places. Even though the Skills Training Center is located in Chavalai, which is difficult to reach and rather far from the center of Dushanbe, several trainees came from Shanbari, Sharinow, Hurobad, Kluob, Varzob, staying at their relatives houses near in or nearby Chavalai during the courses. Others from Dushanbe city commuted daily. This number has been increasing.

There were also several requests from different locations to open up free a Skills Training Center like in the one Chavalai in their areas as well. For example from Nurak, Varzob, Vaxdat, Farhor, and Qulfista. 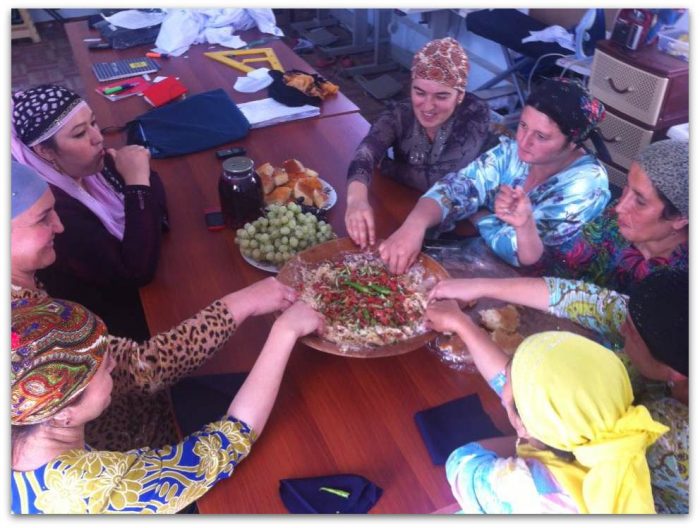 Our Skills Training Center continued its work of training underprivileged women (and a few men) in sewing and computer skills. 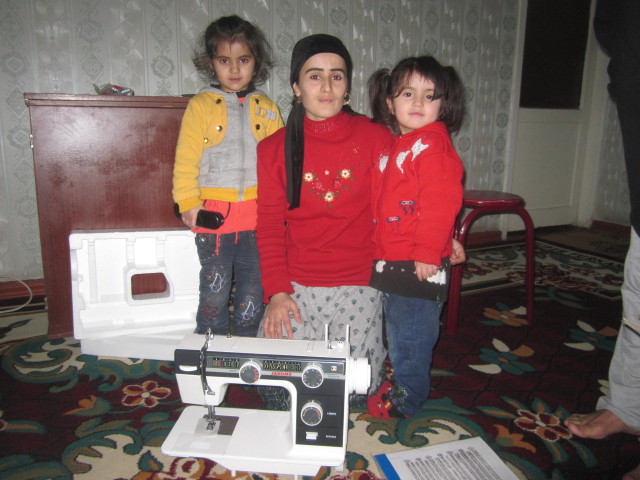 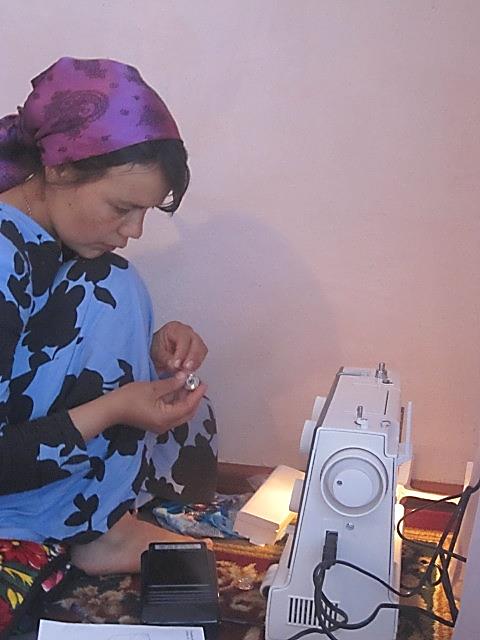 We were able to make many home visits and follow-up visits for those who received  SBFs.

As before, some of these ladies have gone on to be successful seamstresses who have a good number of orders regularly and who also train others.  Others have not done so well, and we have learned to discern better who will likely do well and who likely won’t.  The balance between looking at an individual’s skill and her need has not always been easy to find.

Students at work during training sessions 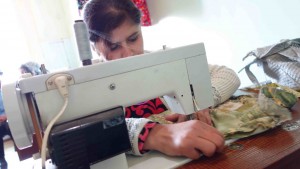 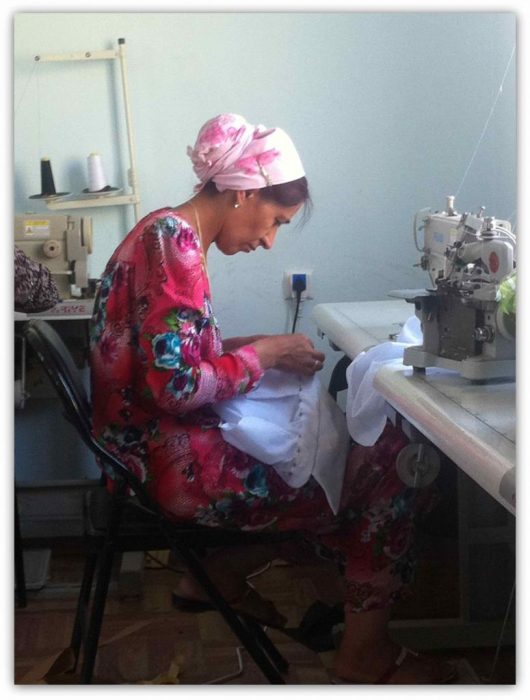 Besides tailoring, we continued with our training courses in embroidery.  For this course we generally had one group of seven students for a three month course.  We certainly saw ladies who learned this skill well during our course, but one challenge they face is being able to continue to use this skill outside of the classroom.  For the most part it seems seamstresses who want to do embroidery in addition to tailoring need to have a separate machine for this, and the best ones for this purpose are quite expensive.  So, our training has been helpful, but the challenge of how to help women move on to use this skill is one we need to consider

Finally, we also began a crocheting course for women in the fall of the year.  We taught a three month course to five women who came three times a week for two hours.  This course was well received and attended by our former sewing students.  The purpose was to give these women a further skill with which they could make a little more income, and this purpose has been realized as the trainees have been able to sell their products. 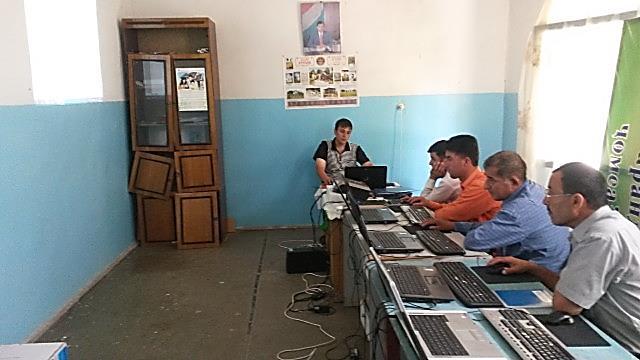 Midway through the year we made a few changes to this schedule.  One thing that we tried was teaching a computer course in a rural Center some distance from Tursunzoda.  Our computer teacher, Ihityor, and I (Todd) took our laptop computers and went once a week to this village and taught two groups of students there including workers in the regional government office located in that village.  We began this “mobile course” because of the persistent request of one of the government workers there who strongly desired this computer training but found the distance too great to come into Tursunzoda regularly.

A further addition to our computer class schedule is that we gave opportunity on one afternoon a week to former computer students to come and review what they had learned.

Number of embroidery students who successfully completed the course:         37

New project manager for the Skills Training Center in Tursunzoda

In December Ms. Sewon Lee from South Korea, took over from Mr. Todd Miller as project manager for our Skills Training Center.  Her interest, skills, and willingness to take on this role have been much appreciated. The Miller family have moved back to Canada. 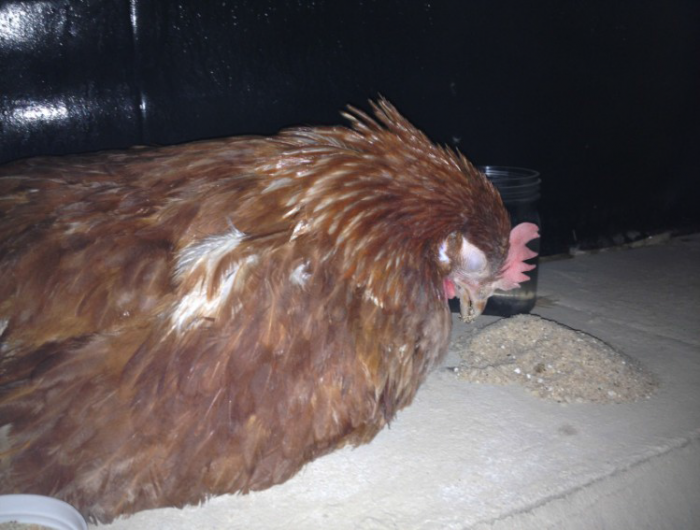 “The key to everything is patience. You get the chicken by hatching the egg, not by smashing it.”
Arnold H. Glasow
In November 2014 we had ordered over eight hundred chickens to be brought in from Bishkek, Kyrgyzstan to Tursunzoda, Tajikistan, a 1,090 km (677 mi) trip. It took over four days in which the chickens got very little food and water. Encouraged by the miracle of only losing three birds, we set into establishing a chicken house that others could look to as an example and on to learn from. As it was November and it didn’t take long for winter to set in.

Winter in Tajikistan offers many challenges to overcome. Our first challenge came from limestone. We had a limestone source that had too much magnesium in it and the birds were exhibiting sickness symptoms. After receiving expert advice from outside, we were able to find a solution in bringing in limestone from another source. The first challenge was overcome.

For a good chunk of the year we mixed our own feed, but in the end we learned that unless we were growing our own grains, we would not be able to make it cheaper than a larger company producing feed in the north. Although this feed wasn’t as nice as the feed we were making, it brought us closer to a breakeven point

We are still encouraged to continue on toward the goal of educating others how to set up a profitable chicken house in Tajikistan. Our chickens were Hi-Line Brown, a breed from Holland, specifically designed to eat less and produce more.

All summer long we worked toward establishing ourselves as a reputable egg producer. As the market fluctuated in egg prices, especially surrounding holidays, we were able to maintain prices because of the services that we were providing.

One of the benefits of this last year is the  good business relationships that we have been able to build with store owners. Most of the store owners talked about the fact that customers recognized a difference in our eggs. In the beginning it was both the quality of egg yolk and freshness that people recognized. Then when we lost the egg yolk quality because of a change in feed people were still very satisfied with having a fresh egg. Quality of egg and quality of service also kept store owners from purchasing eggs from other producers, even if they had cheaper eggs. 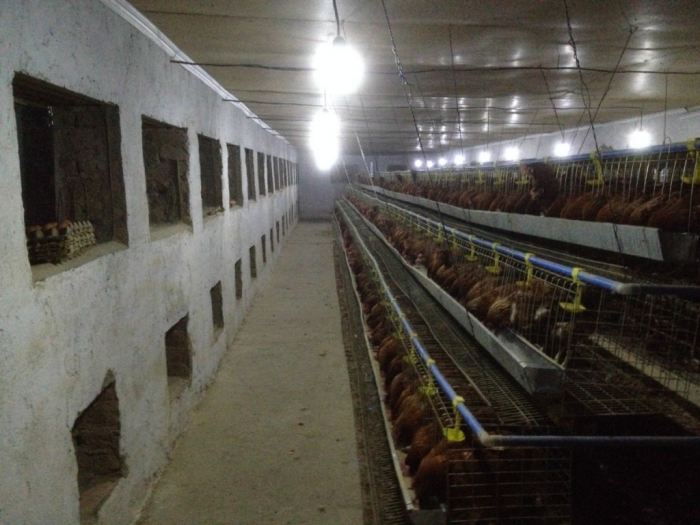 S.A.I. worker on the Health project who was during this year seconded to the national NGO Nuri Khatlon in Qourghonteppa.

Objectives of the project:

From October 2014 – April 2015 a questionnaire was administered to 125 women in 6 villages in the area surrounding Qurghonteppa. The goal was to collect baseline information on knowledge and practices in regard to pregnancy and care for a newborn baby. The information we collected serves as a base on which to develop our trainings.

We also asked about danger signs in 4 categories:

In September 2015 we held two (pilot) focus group discussions, one with village health workers and one with village women. These were meant to get more background information in addition to the baseline questionnaire.

Two staff members of the NGO Nuri Khatlon were trained in mother-and-child health (topics: growth and development, nutrition during pregnancy, breastfeeding, recognising danger signs in pregnancy and the newborn) that prepared them to hold trainings for local women.

SALARIES AND EXPENSES OF EXPATS ARE NOT INCLUDED!!!

4)  Donations to S.A.I. International Office in the Netherlands